This page is slowly and gradually becoming a composite of 5A, Action, and Pathfinder 1. The idea is to make absorb Greyhawk pages, such as Greyhawk_(Action)

Pathfinder racial level zero spells are cast at will, removing the daily usage limit. I do not use the rule that a character can only pick one trait of each category. If campaign traits are in use, one and only one trait must be a campaign trait. Otherwise no restriction, tough Greyhawk traits are preferred.

"Society" in trait description can refer to any in-world organization the character is loyal too and who empathizes the trait.

These racial descriptions fill in the holes and connect to Earth stereotypes. 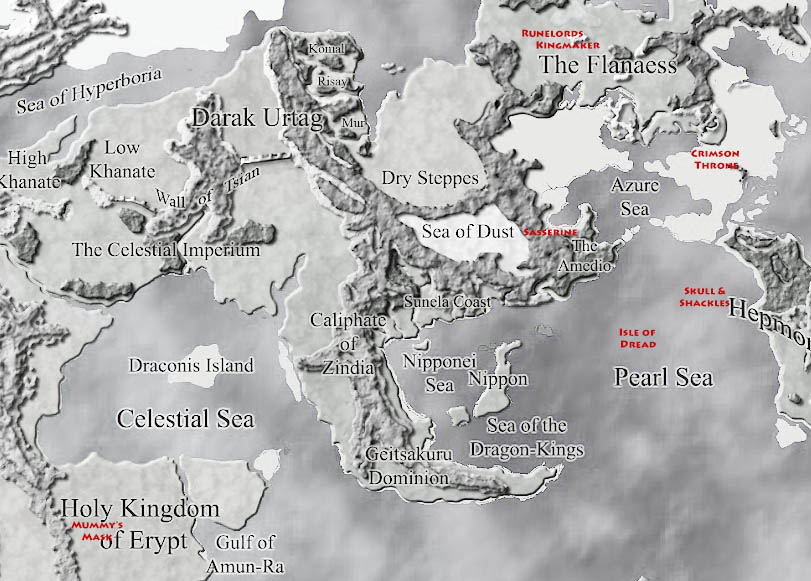