From Hastur
(Redirected from Menkalinan)
Jump to: navigation, search

This is a list of characters in the Purple Dragon campaign.

The entries in this list should probably be sorted by surname.

Princess Alusair Nacacia Obaskyr is known as the Steel Regent of Cormyr. She reluctantly agreed to marry Balnock the Red rather than lead her country into a costly war. Alusair has lost some of her former resolve and blames Sir Dorian Wolfe for her current situation.

Armand Redgrave is a former squire to Sir Markvart Caldera. He is a cheerful fellow of stout yeoman stock.

Asmund Prospero is a Wizard of dubious character. He was captured by the knights on Baron Delaney's land and brought to trial for his association with local bandits. Asmund was sentenced to serve as the Baron's wizard for a year, and was then given his freedom. Since then, his association with the Cult of the Dragon has come to light, and he is a wanted man.

Balnock the Red is the King of Felsenmark. He united the barbarian tribes of the Stonelands, and later seized Cormyte lands north of the Storm Horns. He is betrothed to Princess Alusair. 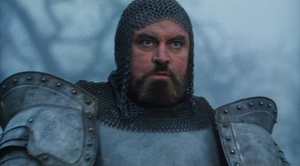 Baron Albert Delaney is a grizzled veteran of many battles and a fearsome warrior. His love of war has left him with few friends at court, but Esmeralda Lombard seems to know a different side of him. Recent events has led to a reconciliation between him and Princess Alusair and his appointment as Lord High Marshal of Cormyr.

Bronson is a ranger from the west of Cormyr. He is the huntmaster of Baroness Evelyn Redbough, and used his skill to track the werewolf to Arabel. He later won a magical bow and arrows at at an archery contest at Castle Lombard.

A young barbarian warrior with a talent for magic. He is a former apprentice of Iordan Chaff.

Cassilda is an Aasimar paladin of Torm. She hails from the Dalelands, but has adventured in Cormyr. An unholy alliance of demons and cultist captured her, but she was rescued by the heroes before she was sacrificed.

Cornelius Devette is a former squire to Sir Dorian. He was sickly as a child and spent much of his youth with books rather than weapons or horses.

Sir Dorian Wolfe is a Cormyrian Knight. He rides the warhorse Lex ("Law"). Sir Dorian is betrothed to Mabel Ironcrow.

Countess Evelyn Redbough is the widow of the late Count Redbough who died at Tilverton. The knights met her during their quest to slay the werewolf. It is whispered that Lady Evelyn and Sir Markvart began an affair after she came out of mourning at the winter court.

Mother of the former Count Julius Lombard and Countess Juno Lombard. She seems to be acquainted with Baron Delaney, but exactly how is not known.

Florian is a young Cormyrian Paladin is the service of the Church of Siamporphe. He dows not know who his father is, but perhaps Esmeralda Lombard does...

Iordan Chaff is a Cormyrian War Wizard and aspiring secret agent of the crown.

Young Juno Lombard is the current Countess Lombard. Though her fiefdom now is home to many barbarians, she is still an excellent match.

Lazidor is a demonologist affiliated with the Cult of the Dragon. He fled from the knights in Arabel, and latter appeared on the field on battle in the Noble's war.

Mabel Ironcrow is a fair maiden. She is the younger sister of Baron Ruthven Ironcrow and the wife of Sir Dorian Wolfe.

Mariza Delhumi is the city magistrate of Arabel. A dedicated, nondescript woman in her forties, Delhumi is the leader of a large spy network. This is surely of great use given Arabel's tendency to revolt with alarming frequency.

She is on good terms with Iordan Chaff. The knights met her during An Adventure in Arabel.

Menkalinan is a taciturn warrior from the Dalelands. He joined the knights on their quest, but has since returned to his homeland.

Miranda Beauregard met Sir Jorstag at the Winter Court. They married in the year 1376 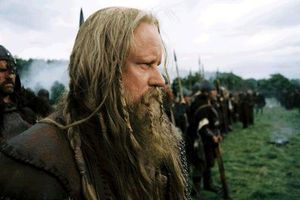 Othos is a barbarian chieftain from Felsenmark. His love for war is matched only by Baron Delaney. Othos joined the Cormyte force in the Noble's War against the exile's from Sembia.

Baron Ruthven Ironcrow has jousted with Sir Jorstag. He is the older borther of Mabel Ironcrow.

The Wolf Queen seeks to destroy the hateful civilization that is Cormyr. She enlisted the the aid of Balnock the Red who used her lupine minions for his own gain and eventually betrayed her. The Wolf Queen is probably a druid or priestess of Malar.