In which Iordan investigates the Cult of the Dragon and the Prospero merchant house.

Iordan was mistaken for Asmund Prospero by a weapons smuggler in Arabel. Surprised, he played along and then rushed to report to the proper authorities. The latter asked him to maintain his role as a faux-Asmund for the moment and find as much information as possible.

Eventually Iordan managed to get the approximate location of the hideout of the local Cult of The Dragon and reported to the magistrate. 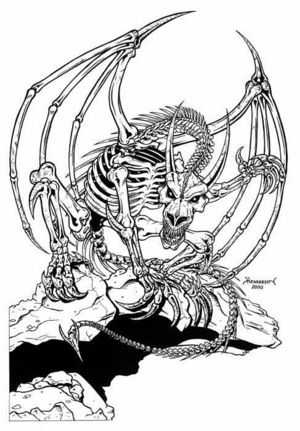 The Cult of the Dragon worships undead dragons.
Retrieved from "http://hastur.net/w/index.php?title=Chasing_the_Dragon&oldid=15924"
Category: