In which Baron Delnir decides that it is better to die in Cormyr than live in Sembia.

The heads of the House Caldera and House Carmog decided to deal with the potential conflict[1] themselves, rather than leave it to their impetuous sons. After the Parliament of Peers, it was finally time to decide the fate of the two captive nobles. The knights conferred with Baron Delnir, and he was determined to die in Cormyr rather than return to exile or renounce his rank and titles. Sir Dorian was quite moved by this and offered the baron his services as his second. Count Harmel proved to be a practical man, and was certain that his friends in Sembia would pay a handsome ransom for his return. To kill him would have provoked Sembia at a time when Cormyr could ill afford another war. As Sembia's greatest general, he was worth a king's ransom. The exchange had the approval of Princess Alusair, ostensibly because she trusts Sir Dorian in a future battle, but perhaps also because she suspected that the crown would profit.

Baron Delnir was granted a few days to write his goodbyes while Sir Dorian arranged a suitable spot for his execution. He choose a hill outside Suzail with a splendid view of the capital and the coast.

With the aid of Corina Sendebar, Iordan's mother, a huge ransom[2] was arranged for the freedom of the Sembian General. Since he was the prisoner of Sir Dorian, the ransom was technically his. However, he deemed it prudent to present the half of it to the Chancellor as a gift to the Crown, while the rest will be but to good use on his estate.

A few days later, Baron Delnir and Sir Dorian left Suzail. The baron was in good spirits and chatted amiably with his second while they rode to the chosen spot. Also present was Florian and a reluctant Iordan, who felt he had to attend to atone for failing to prevent the death of the Baron. The baron looked upon Cormyr for the last time and shook his executioner's hand. He knelt and was granted a swift and clean death by Sir Dorian's blade. His body was then taken to a discrete burial at the Valdiir estate, while his arms and armor were returned to his family in Suzail. 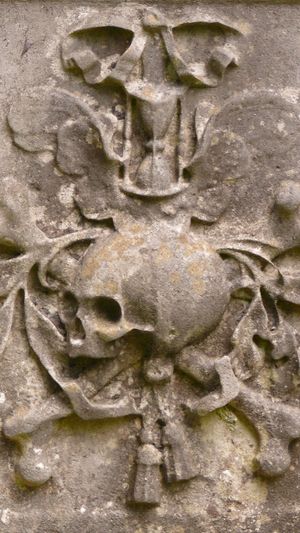 Several months passed, and spring came once again to the Forest Kingdom. The Year of the Haunting (1377 DR) brought good news to the knights. Mabel Wolfe was expecting her first child, and a few months later Miranda Carmog was also in a blessed state.

Sir Jorstag received news from his sister Lydia. Her her betrothed, Sir Nero, was going to lead a force of knights in defense of the Dalelands against Zenthil Keep. The knights soon learned that this had the Regent's blessing. Sir Jorstag immediately decided to visit his future brother-in-law. The knights wished their former squires godspeed and presented them with gifts that will hopefully be of use in their campaign. Sir Dorian was pleased to see that Sir Cornelius had made a good plan for the campaign. Brundor, the barbarian wizard, decided that war was better than lore, and joined the campaign.

Suring their saty in Felsenmark, Iordan and Florian had arranged for some unmarried barbarian women to travel to Cormyr and learn accounting and other civilized skills which may be useful in Felsenmark. One place to take in these women was Castle Wolfe[3]. If one of them happened to attract a husband from Cormyr, so much the better. On a related note, the future line of succession was discussed by Sir Dorian and Iordan. Perhaps a suitable wife for young Azoun might be found in Felsenmark? This would hopefully strengthen the ties between the kingdoms, and allow Azoun to rule over Felsenmark. Iordan mentioned this to King Balnock, and asked if he had a daughter that could be schooled in Cormyr. The king was amused and claimed that he would have little difficulty in finding a suitable princess among his many children.

The old skald had said that spring was a fortuitous time for the knights to begin their quest for Aran Cabal. Iordan suspected that the Cult of the Dragon had been searching for the Black Skull temple. Asmund Prospero had been enlisted as an agent by the government, and had informed them that the Cult had called in Stuggart Trollhind, a powerful necromancer from the Silver Marches.

They studied old tomes and local legends, and finally managed to pinpoint the probable location of the crypt of the Black Skull. The knights left Castle Carmog[4], and scoured the southern parts of the Storm Horns. Finally, they found an entrance to the crypt in a cliff side. Someone had cleared the undergrowth several years ago, and the crypt had been broken into some years ago.

Inside, they found an open stone sarcophagus in the unhallowed crypt. The skeleton of one dead looter lay near the sarcophagus. His skull had been split open, perhaps when he woke the the former occupant. The rest of the looters appeared to have fled, for many gold coins still formed a bed for the missing corpse. A tattered black tabard was found in the coffin. It reeked of ancient magic, if not of evil.[5]

Battle scenes decorated the the walls, and Iordan managed to identity the location of Aran Kabal (from a mountain). The Black Skull appeared to have served Mordain while living, and again in undeath. An inner chamber had been used as an armory and to to bury a horse and armor, but was now empty. It was clear that the Black Skull had woken. Iordan recalled a passage from an earlier letter to the Cult of the Dragon. "Do not let B know that M lives." Perhaps the Black Skull serves the Cult, but only because he believes his old master to be dead...

Once their investigation was complete, the knights returned to Castle Carmog to await the arrival of Sir Markvart.

Gifts to the Zenthil Keep expedition

Crypt of the Black Skull