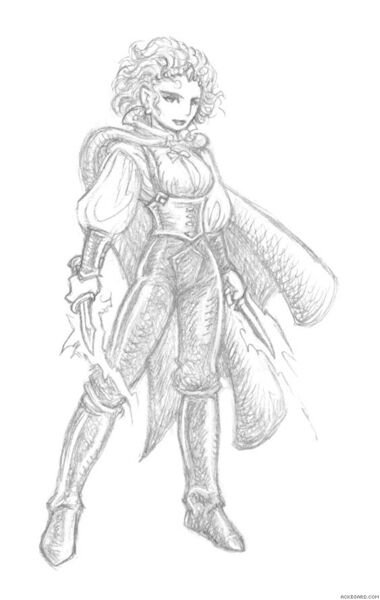 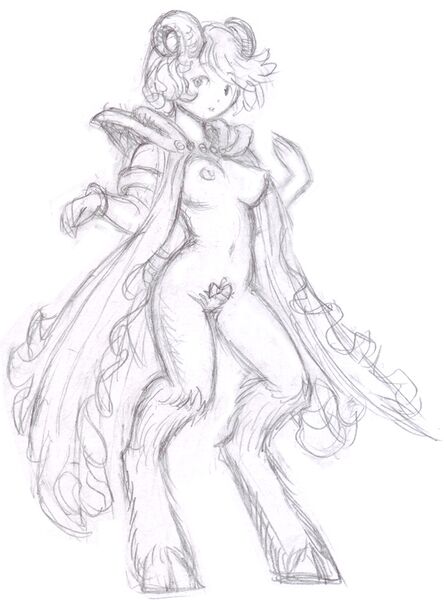 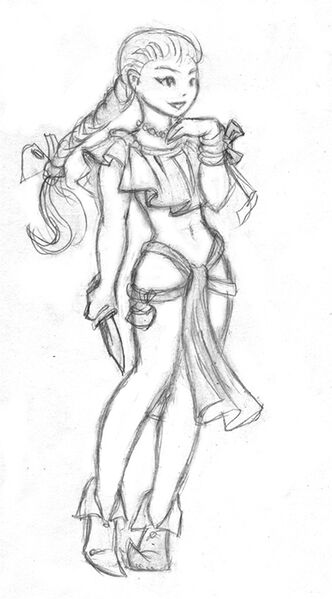 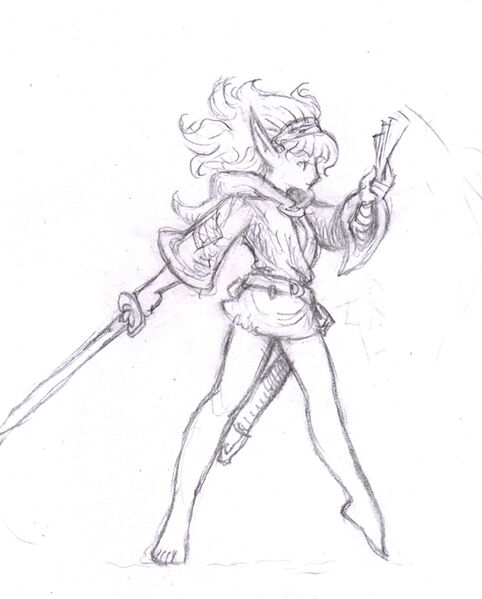 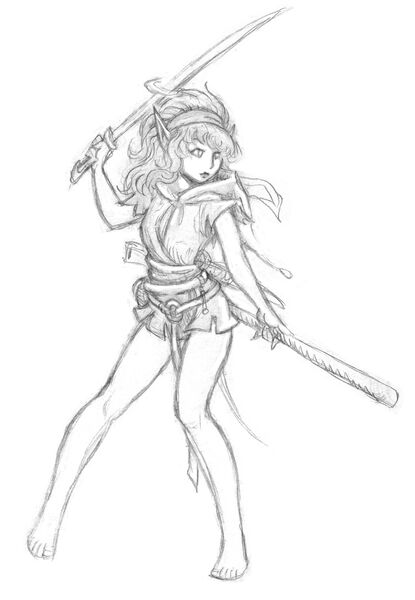 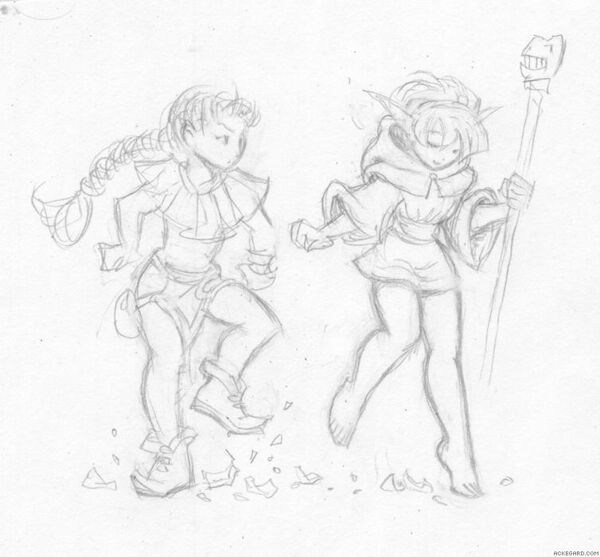 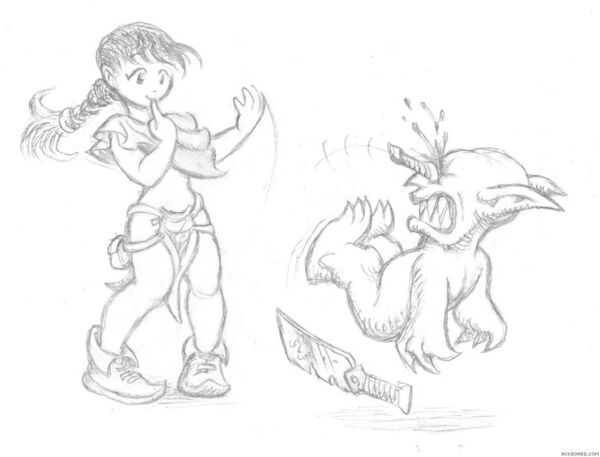 Nell takes care of one of the goblins invading the catacombs beneath Sandpoint. 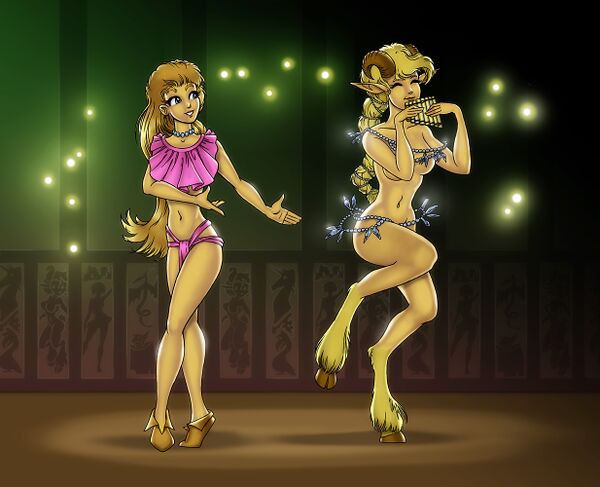 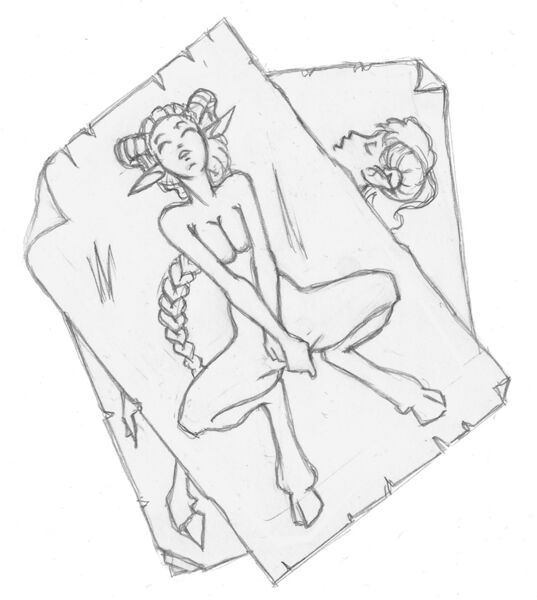 The nobleman Aldern Foxglove got first infatuated and then obsessed with Honeypot, and made a number of sketches and drawings of her. 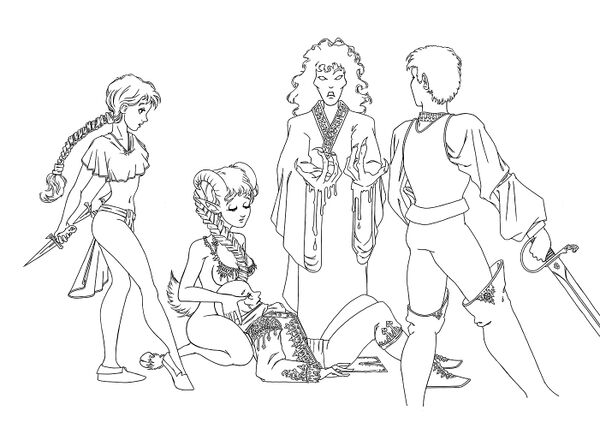 Aldern Foxglove had been turned into a ghoul by an evil cult, and met his final destiny at the hands of the adventurers and a revenant ghost. This was an event with very mixed feelings, since he had ties to some of the adventurers. 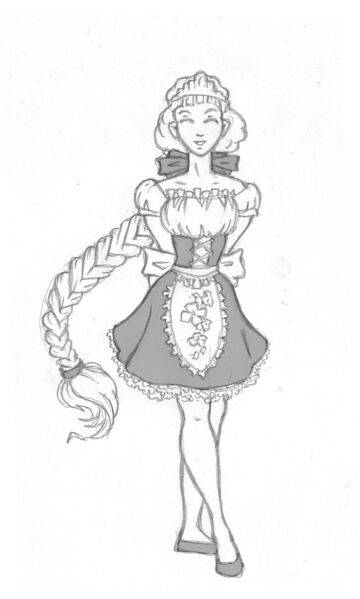 During the stint in Magnimar, Honeypot disguised herself as a maid in order to fool some city guards who came to investigate the commotion the group caused. Unfortunately, they in turn proved to be bad guys in disguise. 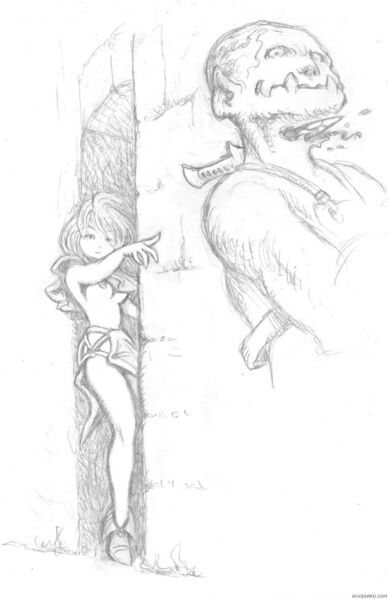 Nell takes care of one of the really unpleasant half-ogres in the wilderness behind Turtleback Ferry.

Smoke on The Water 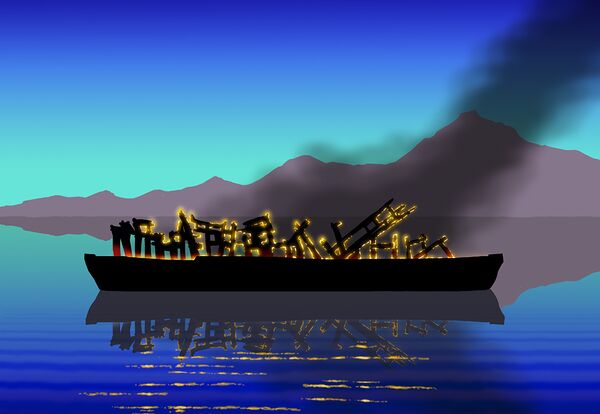 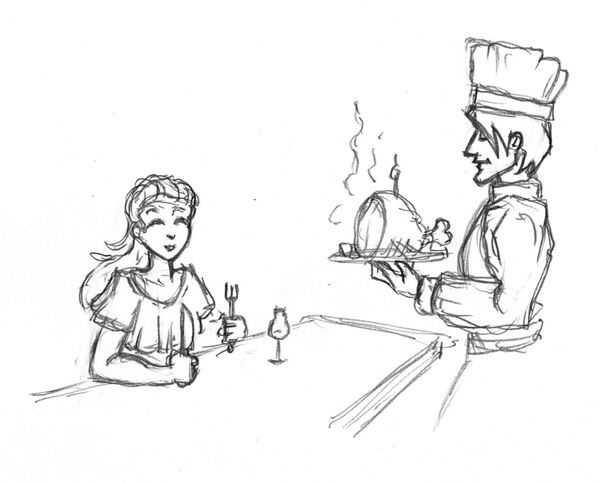 When the group liberated Fort Rannik, the ranger Kaven proved to have passed information to the attacking ogres. Fortunately for him, he proved to be a very good cook. 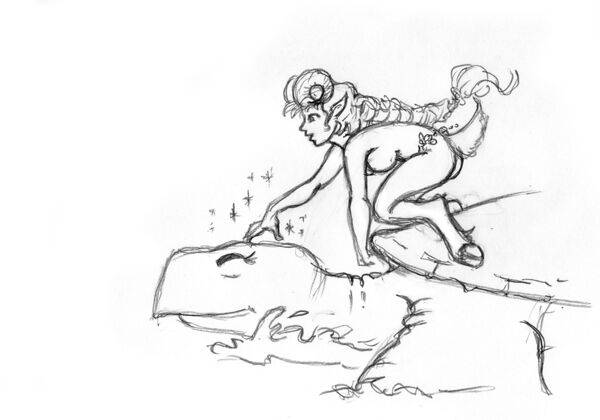 When the town of Turtleback Ferry was flooded by a damaged dam, the local wildlife was disturbed and attacked. Honeypot managed to calm one of the giant turtles and tried to use it in the rescue. 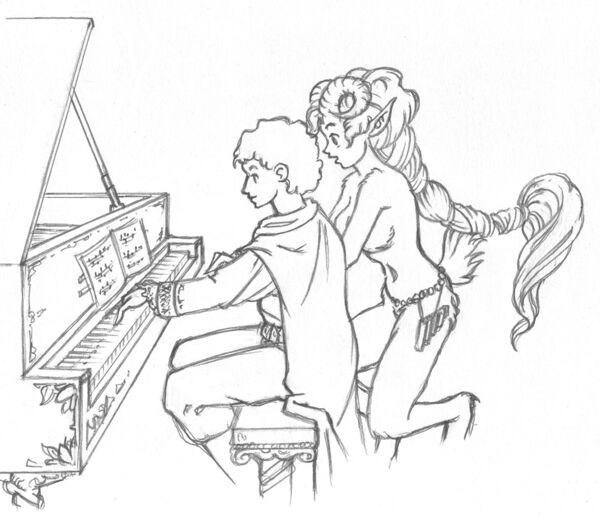 While enroute to Whitewillow, the adventurers discovered the wreck of an old ship that came from some kind of Elsewhere. In the captains cabin they found an interesting musical instrument, and the score of a complex and otherworldly music, fascinating them both.

On the same strange ship as the harpsichord, the ghost of a dog appeared and started watching the adventurers. Nell watched the dog in turn. 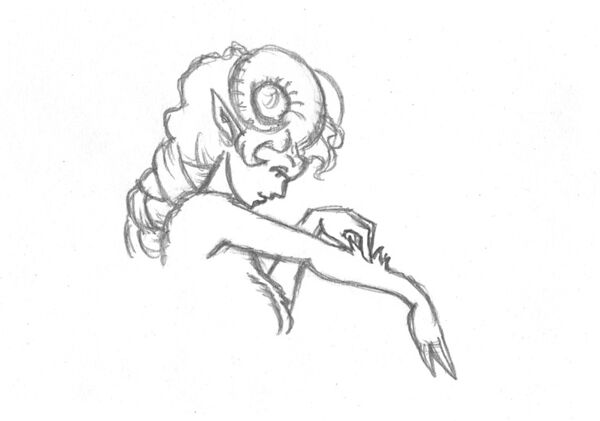 Winter itches. What more can you say? 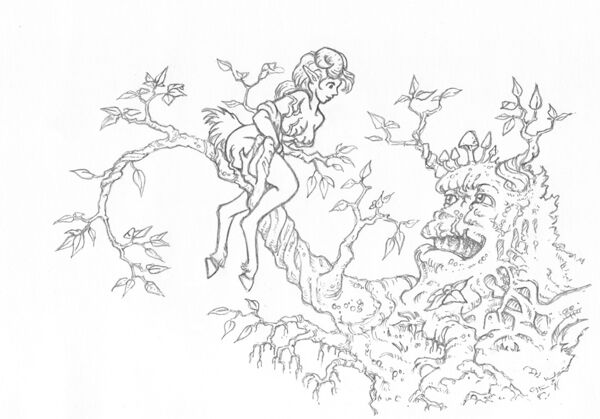 While pursuing a fleeing necromancer under the city of Kaer Maga, the adventurers trampled through a pair of shambling mounds' garden. Honeypot managed to calm them down and mollify them, and stayed behind overnight to help them restore and expand their garden with her magic. 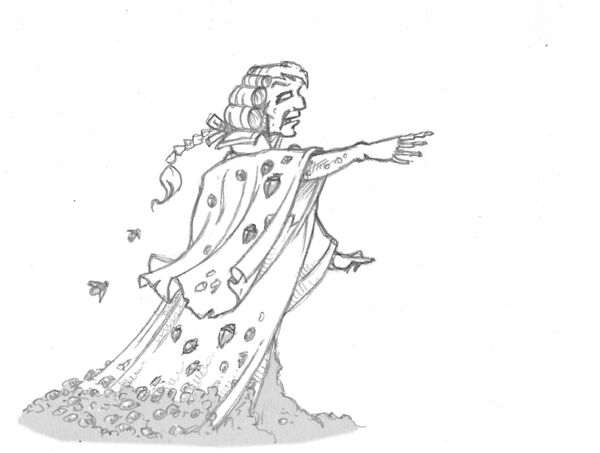 Justice Ironbriar, a frightening person from Nell's past and a leader of an evil death cult, makes another appearance, rising from a grave beneath Kear Maga. 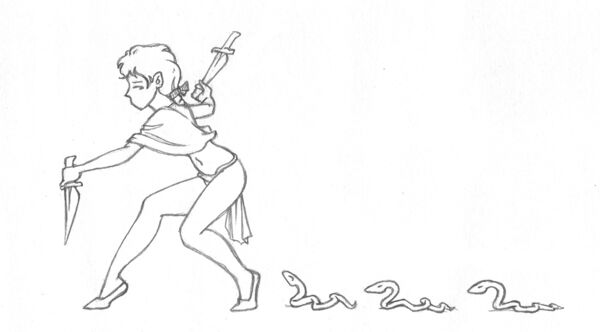 Sneaking into Tirana's lair, most were disguised as snakes, except Nell, who trusted her own powers of stealth.

Approaching the gate of Runeforge 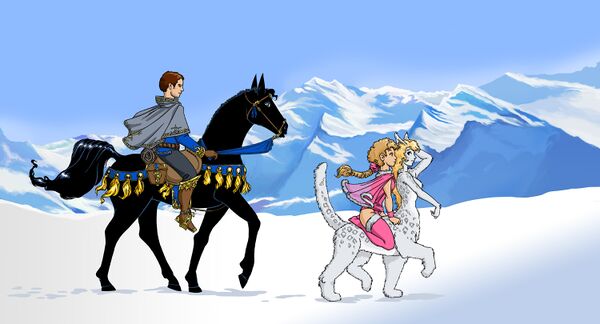 Nathan, Nell and Honeypot in the mountains below the hidden entrance of Runeforge. 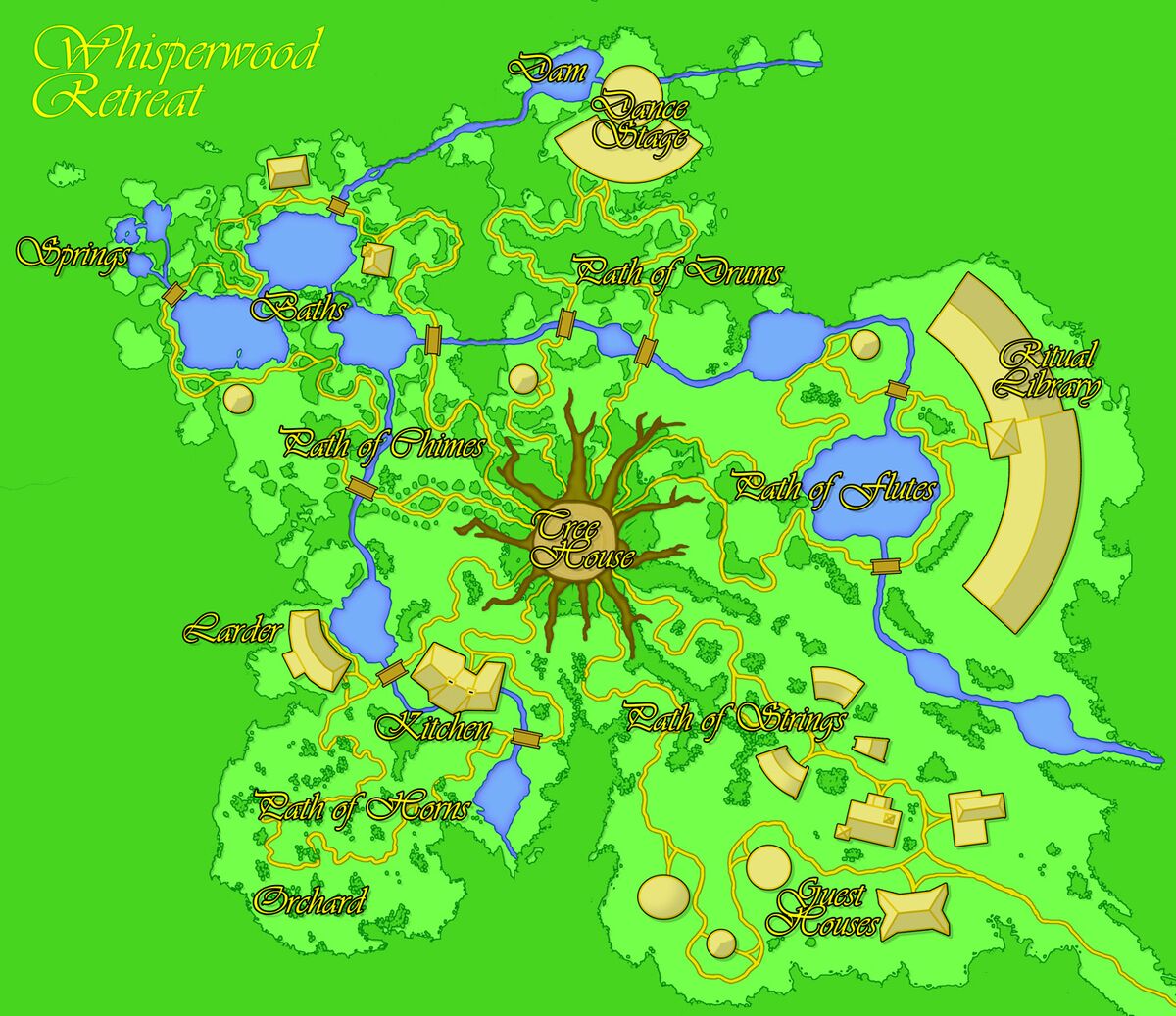 The treehouse and garden of Honeypot in Whisperwood. 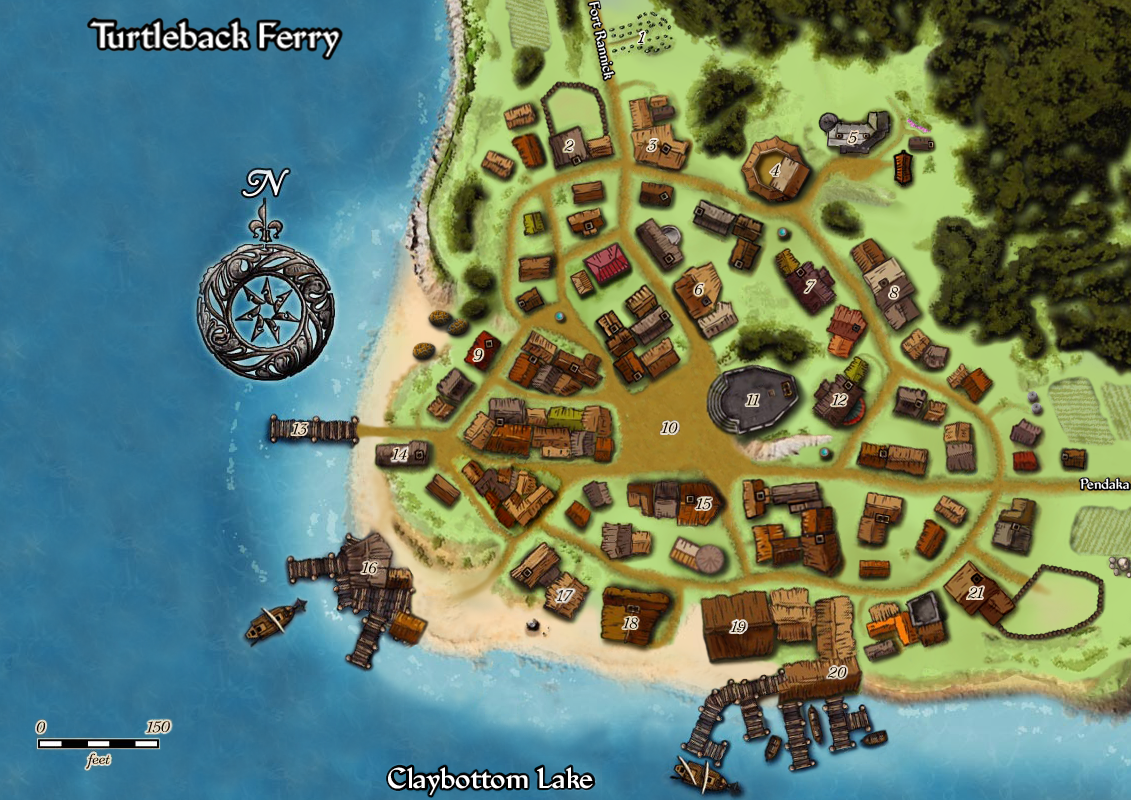 The small township of Turtleback Ferry, including the newly erected theater. Nell lives there. 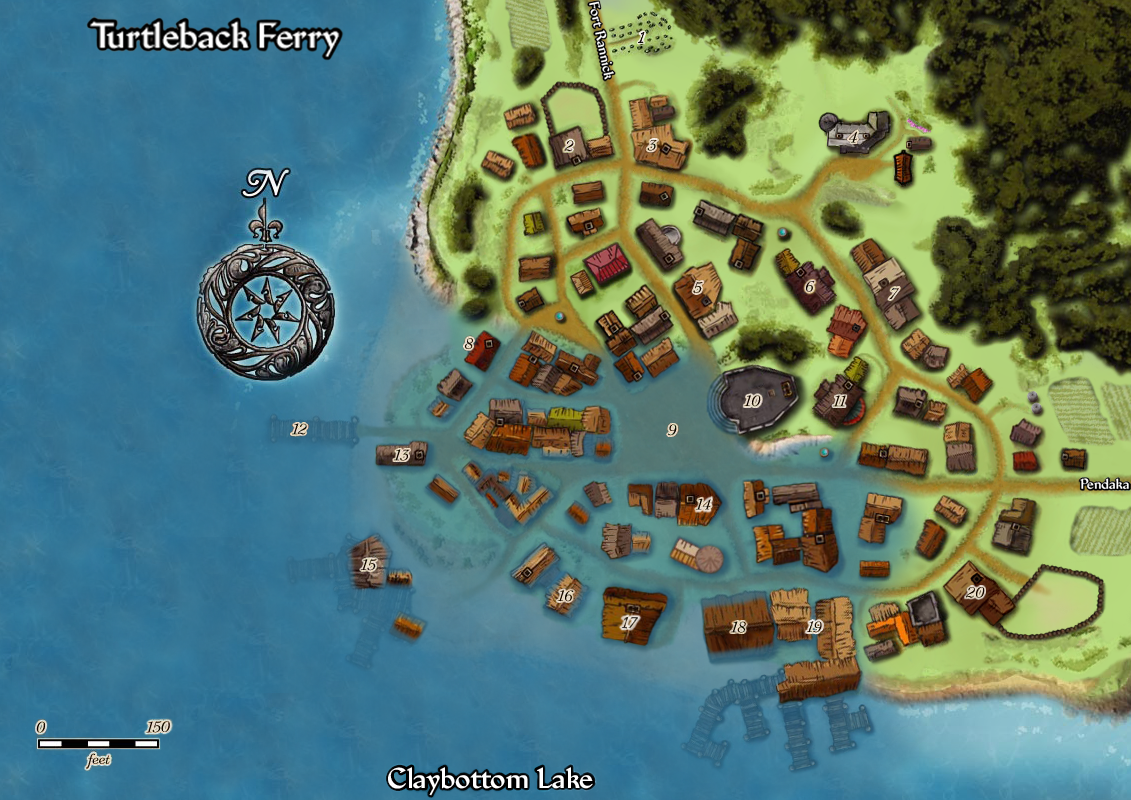 As it looked like when a flood wave hit it.