Necessary Evil is a Savage Worlds campaign by Panzerman. The meta-campaign features three teams of villains, each on a separate continent.

The villains in North America are: 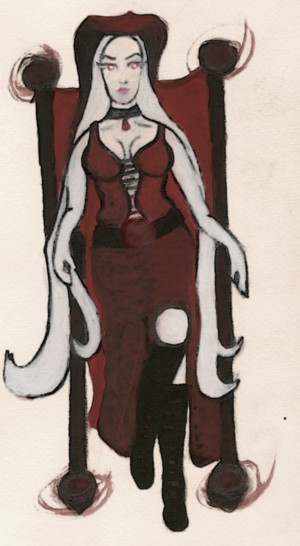 Psyren is a psychic seductress and a former henchwoman of Upgrader. 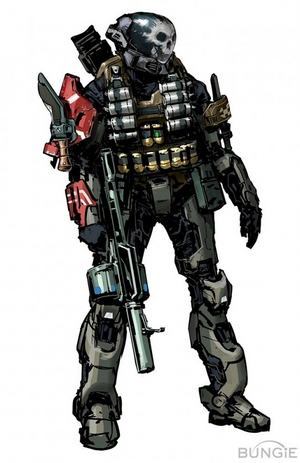 Upgrader was once a technician in the U.S. Army. He gained his powers when he was sent to adjust a machine for physical and mental upgrading of soldiers to create an elite unit. The soldiers would receive physical as well as mental enhancements as well as predatory instincts, thus creating super-soldiers. Unfortunately, only one of the security systems wad deactived when he went in to make adjustments, and he got a double dose of the mental boost which made his already brilliant brain even more focused. As an unfortunate side effect of the accident, most of the Upgraders social skills were deleted and his conscience is also relatively reduced. This led him to use his brilliant mind to commit crimes, which he excuses as need to finance the construction of new machines and gadgets that he needs to commit more crimes. Upgrader has worked with Psyren who functioned as a connection to society and conscience for him.

Gear: $1000, minus cost of some sort of armor and HK Hero-Killer handgun

Team Terror is a group based in an undisclosed location in South America. The villains are: 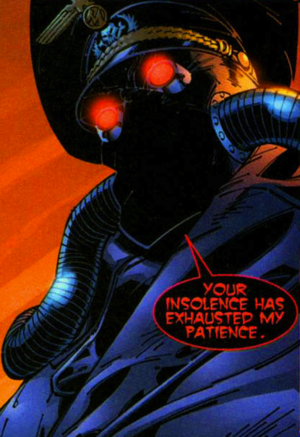 Major Maxim is an officer in the Hammer Empire’s military forces. Once but a wounded soldier of those very forces, Maxim became an unwilling volunteer to Doctor Kharnov von Kripplor’s Übermensch program. The only success of the strange procedure, Maxim soon became dependent on the mysterious blue Serum X that supplies and sustains his size and strength. Major Maxim wears a black greatcoat and cap with a mask and red low-light goggles. He is very tall and boasts superhuman strength and vitality.

The forces of the Hammer Empire was severely weakened by the alien attacks, and most major bases (including the base on the dark side of the Moon) were destroyed. Major Maxim knows the locations and access codes for some remaining Hammer bases. He takes his orders from Doctor von Kipplor and General Natalia Kassle.