Streets of Bedlam is equal parts neo-noir, pulp detective fiction, and a bit of the ol' ultraviolence thrown into a cement mixer and poured on top a heap of nameless bodies no one will ever miss.

This is a resource page for our local Bedlam campaign. It is currently on hold, but will return after the release of the next scenario supplement.[1] 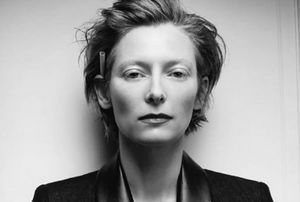 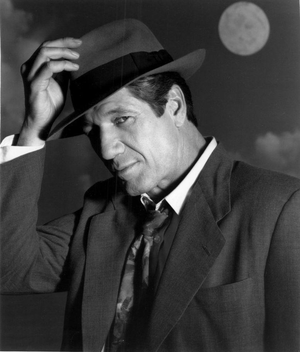 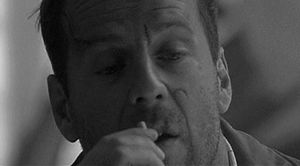 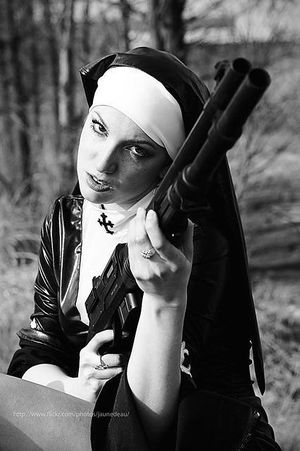 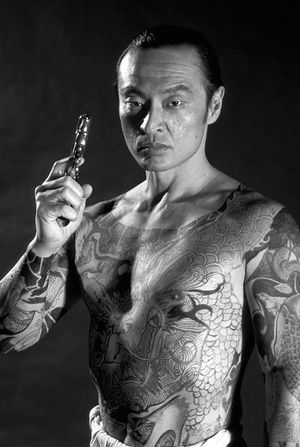 Brandon is a male, if androgynous, Valkyrie. He frequently appears as a woman professionally.

A good cop in a bad town.

I used to wear a badge. I used to play the game. I was clean but I played the game. Untouchables. Connections. Public saints with putrid trails.

The force is a part of the game. I will not play that game anymore. I may still be a pawn but now the game is mine. A case. A solution. A paycheck. No more.

Runs a small soup kitchen for the righteous poor. A slightly shaded past with paper trail starting at the age of 27. Driven by the need to help others and punish the wicked she usually doles out her own brand of justice with her trusted baseball bat. Always on the lookout for people in need she often gets drawn into the underworld of Bedlam.

Tetuso ("Iron Man") Watanabe is a former Yakuza enforcer. He was killed and dumped in the Artifice river by Sister Belinda after he killed two security guards.

Savage Worlds Deluxe and Streets of Bedlam. See below for local changes.

Bennies can be spent to reroll damage!

When a Joker is drawn, everyone gets a benny!

A character knows English plus a number of additional languages equal to half his Smarts die. Languages can be left unassigned, so the character can learn new languages in play. If the plot demands it, perhaps he has always known it!

Kevlar: The special rules for Kevlar ("negates up to 4 points of AP") are not used. This makes it less important to wear armor and speeds up play.

Katana: Str+d6 damage, +2 if used in two hands (from Realms of Cthulhu).